The Importance of Diversifying Speech-Language Pathology

Her business, Speech of Cake, has a philanthropic component that strives to help diversify the field by spreading awareness. Overton travels to high schools in the D.C. area that have a high population of underrepresented students and educates them about being an SPL.

If you’re wondering why diversifying speech-language pathology is such a big deal in the first place, here’s a jarring statistic. According to data from ASHAWire, 92 percent of SPLs identify as white. Not only does that suggest SPLs need to be making a greater effort to welcome professionals from other races and ethnicities into the field, but it presents a potential problem for clients of color.

After all, those in need of speech services are from a vast array of backgrounds, and many of them speak multiple languages. Shouldn’t they be represented by the clinicians serving them?

And the differences in culture and linguistics do create barriers when it comes to treatment. As Overton points out during the episode, it can sometimes lead to under- and over-diagnosing due to differences in dialect. For example, a student can be over-diagnosed with a speech disorder when a clinician doesn’t understand the dialect that student is using — even if there aren’t actually mistakes in the student’s speech.

On the flip side, clinicians can also assume errors are because of dialect differences, leading them to believe there’s nothing wrong with a student’s speech patterns even when there is. This is part of why having SPLs who use the same dialect as students and clients is crucial to proper treatment.

It’s also important that students and clients see themselves represented in the world outside of treatment. That’s why Overton is studying the representation of disabilities in young adult literature. From inspiring children to make a difference to helping them connect with others, there are numerous reasons it’s critical that kids see themselves represented in stories growing up.

Sadly, that’s an experience children with disabilities don’t always get to enjoy. This is especially true when it comes to learning disabilities.

SPLs have plenty of work to do when it comes to diversifying the field and making clients feel well represented. Luckily, the more research that’s done and the more awareness that’s spread, the more likely it is that we’ll see an increase of students from diverse backgrounds entering the field. And we can all take a leaf out of Overton’s book and help guide them down the right path when they do.

← Older: The SLP Who Wanted to Be a Superhero The Power Forging Connection With Clients Newer: Business-Minded: What They Don’t Tell You About Starting a Private Practice → How Should You Be Asking for Better Compensation as an SLP?

Being a speech-language pathologist provides a range of benefits, from improved outcomes for patient care to ongoing career development. However, it also comes with its own challenges; occupational demands in this people-oriented profession can sometimes threaten workers’ well-being.

Because of critical staff shortages, school-based speech-language pathologists in states like Arkansas have struggled with high caseloads and relatively low salaries compared to the private sector. But regardless of which industry you choose to work in as an SLP, it’s important that your pay is commensurate with what your role demands and expects from you. 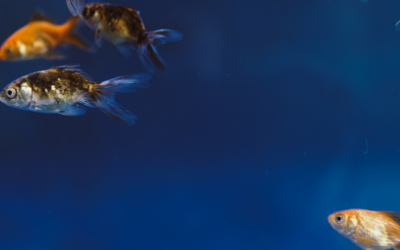 3 SLPs Walk Into a Bar: Introduction to the SLP Fishbowl Series

Introducing The Missing Link’s New Fishbowl Series The Missing Link for SLPs podcast is all about speech-language pathologists sharing their personal experiences in the hopes that beginning and transitioning professionals will learn from them. There are a number of... 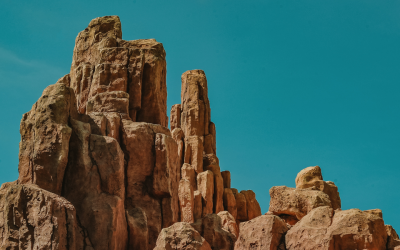 Breaking Down the Stages of an SLP Private Practice

Starting your own business isn’t easy, but it’s something many speech-language pathologists feel called to do for a variety of reasons. Whether they’re hoping to improve their pay and schedule or simply wish to treat clients on their terms, SLPs often go into private...